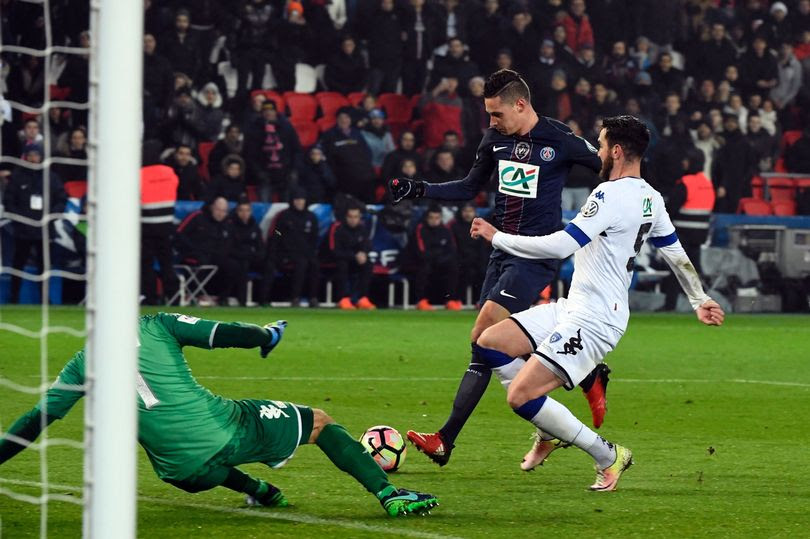 The Germany international completed a £34m deal earlier this week and found the net as PSG eased to a comfortable victory, despite starting on the bench

Julian Draxler helped himself to a debut goal as PSG thrashed Bastia 7-0.


He played in a friendly clash in Tunisia in midweek but made his competitive debut off the bench in the French Cup.

And Draxler marked the occasion with a goal, adding his sides seventh in the Parc des Princes romp.

Unai Emery named a much-changed side for the clash with Angel Di Maria, Edinson Cavani and Marco Verratti named on the bench.

Bastia kept the hosts at bay for the first half hour before Thiago Silva's opener as the defender headed home from a corner.

Adrien Rabiot made it two before the break with a stunning long-range effort before the floodgates opened in the second-half.

Youngster Christopher Nkunku added a third after a fine solo run with Thiago Motta then scoring with a diving header.

It was five just after the hour mark after a Lucas Moura penalty before Di Maria got in on the act with a close range finish.

And Draxler wrapped it up in the closing stages, chipping over the goalkeeper after racing on to Hatem Ben Arfa's pass.