Government demolishes shops ahead of Osinbajo’s visit, over 22,000 traders affected 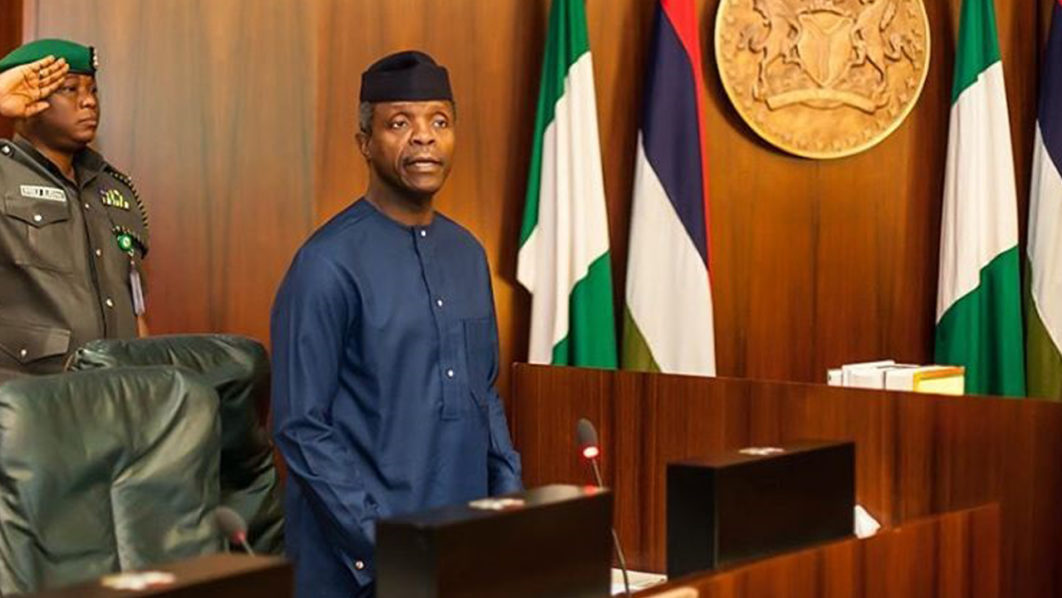 More than 22,000 traders in Yola, the Adamawa State capital, have lost their means of livelihood following a facelift and last-minute beautification of the
capital city, ahead of the Vice President, Prof. Yemi Osinbajo’s visit today.

In the bid to create an impression of an alluring city, the state government yesterday demolished the locally constructed shops that dot the highways of Yola ahead of a one-day state visit by the vice president to commission some road projects.

Defending government’s action to pull down shops constructed along the streets, Commissioner of Housing and Urban Development, Alhaji Abubakar Idris Magaji, told newsmen that the action was to ensure that the drainage system were not blocked, while those roasting meat along the streets would stop burning fire on the roads.


“The black marketers destroy the roads as the fuel continue to pour on it, the fire from roasted meat sellers also affect the lifespan of the road. When drainages are blocked, they force water to create new routes and this causes damage to roads and houses. This is what we want to stop. It is a routine exercise that has nothing to do with the vice president’s visit,” he claimed.
However, some traders dismissed his claims, pointing out that close to two years of Governor Muhammadu Umaru Bindow’s administration, such exercise had not been carried out until time the vice president is visiting.

Chairman of the fruits and vegetable sellers association, Alhaji Abubakar Mai Dama, described government’s action as inhuman and a total violation of their rights to seek legitimate means to survive.

“Some of us are retired civil servants and for close to two years now, our pension has not been paid. We feed our family from trading and today our shops are destroyed because someone we voted for is visiting. If our votes will turn out to be a problem to us, we will stop it come 2019,” he stated.

He lamented that the shops destroyed were allocated by the government and they paid taxes to government. He further alleged that shops belonging to government officials were not affected in the exercise.

When The Guardian visited some of the demolished shops, victims, especially women, were seen weeping openly, as they were forced out of their shops before it was pulled down.