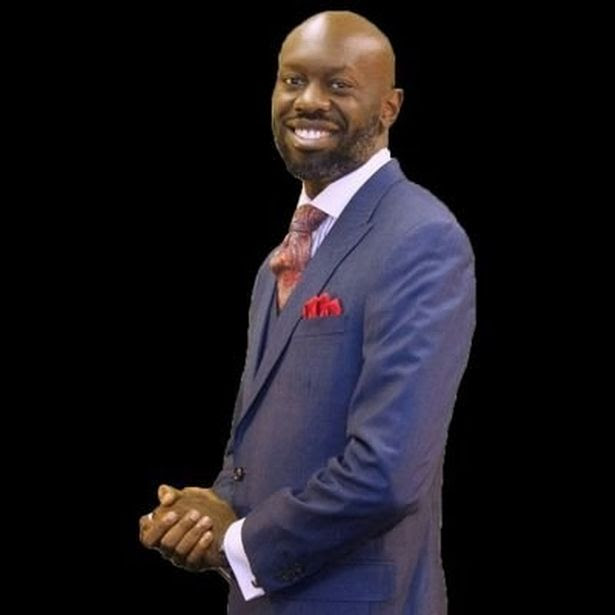 A cheating pastor was chased into the street naked by a gun-wielding husband after he caught him in bed with his wife.

Benjamin Stephens screamed "I'm gonna kill him" after finding O Jermaine Simmons having sex with his wife in their eldest daughter's bedroom.

He raced into the master bedroom at the family home and grabbed his gun before chasing Simmons out the house - forcing him to hide behind a fence until the police arrived.

Stephens had come home early after he was asked to pick up his sick son from school - after they were unable to get hold of his wife, Tallahassee Police report said.

When he began screaming she called police, so Stephens left with Simmons' clothes, wallet and car keys, which he threatened to drop off at his church in Tallahassee, Florida.

after confessing the congregation applaud him

The husband later returned Simmons' belongings and all charges were dropped.

Yet despite a huge backlash over the incident on social media, Simmons, who has led independent church, the Jacob Chapel, since 2005, said he won't quit.

They day he was caught out he tweeted a picture with the message "don't let your problems paralyse your progress. Move forward" prompting a number of sarcastic responses.


One person wrote: "You should try this one out and think of what you did instead of preaching."

Another another wrote: "I wonder how many other wives you tried to f***. Scam artist."

"What I am asking of our members is your prayers and your forgiveness.

“I am hurting, because I've hurt you.

"It hurts me that you have to defend my actions, because when you love somebody you wanna fight for them. You wanna defend them.


"But let me be very clear you cannot defend sin.


"You cant survive with sharks out there – I'm talking about the internet.

He then added: “My baby brother's here – I've had to stop him from shooting people," which was met with a huge round of applause and cheers from the audience.