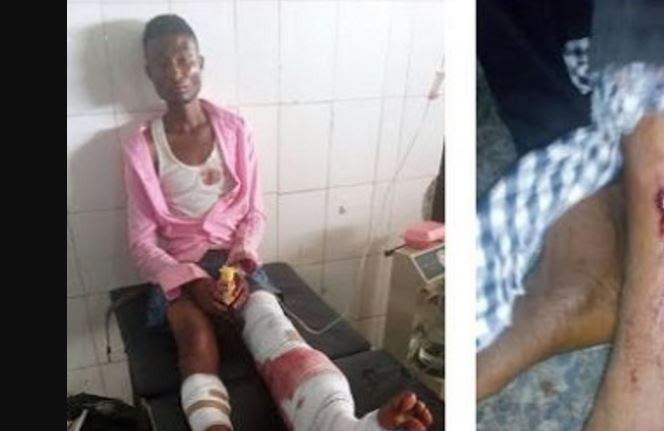 Some students of the University of Calabar have allegedly been shot by Nigerian soldiers during a protest.

It has been revealed that several students of the University of Calabar and one student of the Cross River University of Science and Technology, CRUTECH, were yesterday allegedly shot by soldiers in Calabar during a protest over the 13 million Naira largesse released by Governor Ayade for mobilization of students and youths for the Cross River @50 events.

According to snappygist.com, trouble started after the students accused the state Commissioner of Youths and Sports, Mr. Asu Okang, who the money was given to of holding back the money and refusing to disburse it for the various unions after they had brought their members.

It was also gathered that a former Governor of Akwa Ibom State and Senate Minority Leader, Godswill Akpabio who was a guest at one of the events, also announced a donation of 5million Naira to the students of UNICAL, his alma mata where he was once a former SUG Senate President.

While the Commissioner is yet to clarify his role in the fiasco, the students however accuse him of ordering soldiers to fire live rounds at the protesters.

One of the student leaders who spoke under anonymity said the students suspected that the Youths Commissioner wanted to abscond with the money.

“He called us and announced to us that each union will get one million while others will get 500k. He just announced but did not give us the cash and after the event, comrades became uneasy and we decided to protest and barricade the road at Transcorp hotel.

“It was in the course of our protest that the soldiers shot live bullets and wounded three persons under the directive of the Commissioner of Youths and Sports, Asu Okang.”

The SUG President of UNICAL, Anthony Afufu who confirmed that three students were shot, said he could not say for sure whether it was the Commissioner that ordered the shooting.

“Yes, soldiers shot three students during our protest at Transcorp junction. Two from my school and one from CRUTECH. They are all receiving treatment now at UCTH. I am even here with one of them at the moment.” He said.

Below are pictures of the wounded students and from the protest. 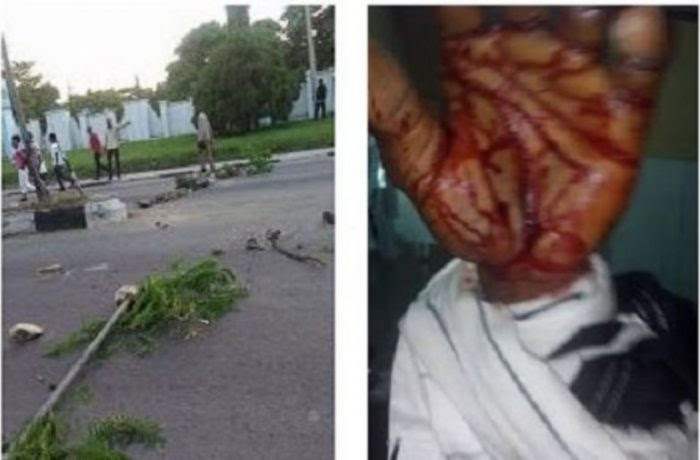 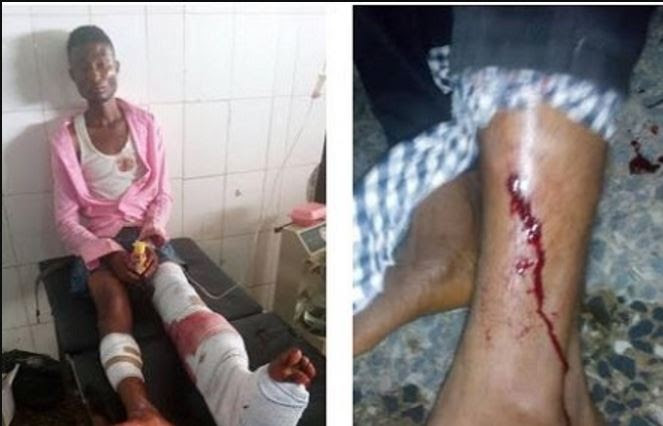