Photo: Thief returns stolen van to mortuary after finding corpse in the back 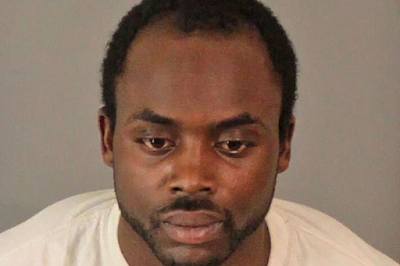 A 24-year-old man stole two vans from the same mortuary and returned the first one when he discovered a fresh corpse in the back, according to a report.
Bobby Joe Washington, took off with van No. 1, which was parked with the keys left inside near a Chicago Avenue morgue in Riverside, around 1:30 a.m. Sunday.
But an hour later, once he realized there was a cadaver in the back, he returned the van — and stole a second vehicle, sans body, cops said.

"I don’t think I’ve ever heard of anything like this," said  Riverside Police Department spokesman Ryan Railsback. Out of all the bad decisions he made, he at least made one good one and brought back the deceased person."

When a mortuary employee tried to stop him the second time around, Washington tried running that person over, authorities said. He then sent police on a 10-minute chase but was finally arrested about 2½ miles from the morgue.

Washington was charged with two counts of auto theft, one count of evading police and one count of assault with a deadly weapon. But he dodged charges of stealing the dead body because cops believe he didn’t intend to take it in the first place.

"We don’t think he knew it was in there at the time he stole it," Railsback said.

Police said the driver of the first van had just picked up a deceased person and briefly popped inside the morgue to pick up paperwork when Washington happened along.