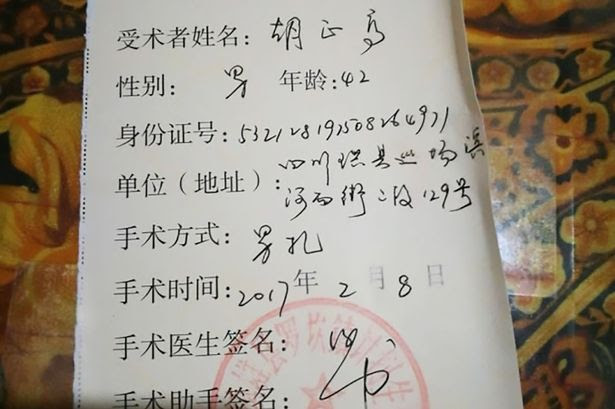 A father-of-four claims he was forced to undergo a vasectomy at knifepoint after he refused to pay a fine for having too many kids.

Hu Zhigao, 42, who has three children from his first marriage and one from his second, said he was taken away by a group of a dozen men while visiting friends in his
hometown of Luokan Township, in Zhenxiong County in south-western China's Yunnan Province.

Hu said the men identified themselves as members of the local family planning bureau, which was looking to punish him retrospectively for violating the former one-child policy.

Despite amended regulations now allowing families a second child, Hu still has two children too many - and he would need to pay a fine equivalent to £2,335 because of it.

Hu Zhigao said the men held a knife to his throat 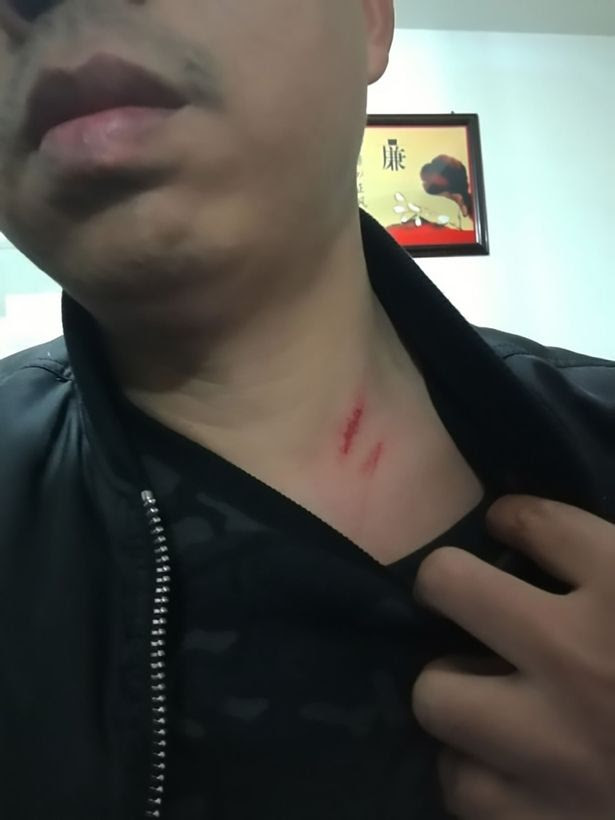 After refusing to cough up the cash, Hu said he was then forced at knifepoint - later sharing a picture of his wounded neck as proof - to undergo the vasectomy at a local state clinic.


When his current wife and son phoned the authorities about the injustice, they were arrested instead and threatened with 15 days behind bars for "disrupting social order".

The incident has kicked up something of a scandal on Chinese social media and Yunnan Province's Health and Family Planning Commission has promised to look into the matter.