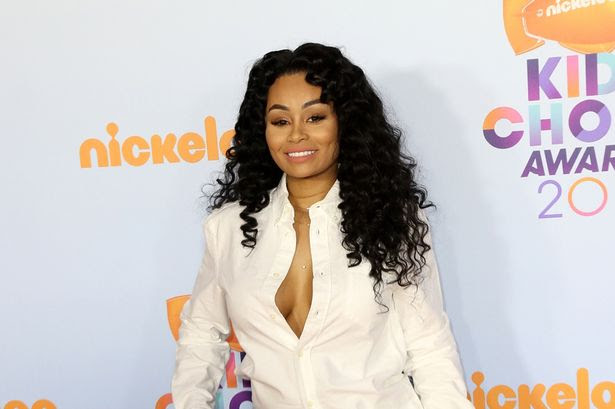 Blac Chyna has reportedly been denied rights to the Kardashian name.
Last year, the 28-year-old model - whose real name is Angela Renee White - filed papers to trademark the moniker Angela Renee Kardashian, after
she got engaged to Rob Kardashian, but Kim, Khloe and Kourtney - opposed the attempt.

The trio claimed that Chyna's plan to use the name would "create confusion in the marketplace" and that they would "suffer damage including irreparable injury to their reputation and goodwill should the proposed name change go ahead".
And now, TMZ reports that they have been successful at stopping Chyna from trademarking the name, even if she does marry on/off fiancé Rob.
A source close to the family previously claimed the girls' lawyers "automatically oppose" anyone who places a trademark request for their name and it was not a personal vendetta against Chyna.
The insider claimed: "Their trademark attorneys automatically oppose anyone trying to trademark 'Kardashian'. I doubt the girls were even aware. Everyone loves each other. It's just business."
Another source said: "It's nothing personal against Chyna, just business. They feel adding an extra woman to the roster will dilute the brand they've worked so hard to build."
But Chyna, who has daughter Dream with Rob, was said to have been left heartbroken by the tensions with her future in-laws.
Last year, an insider said: "Chyna is really heartbroken over this whole name feud."She thinks it's just sad that the Kardashian family can't stop thinking for themselves and just accept her as one of them.
"Her and Rob are practically married and she's the mother of his child - why can't they accept that? "She thinks they are total fakes, pretending to welcome her into the family. It was all bulls**t."
Source: Mirror.co.uk
Tags:
Celebrities Community Gists Entertainment Foreign News Law Lifestyle
Lifestyle