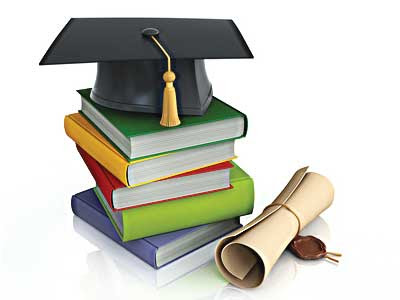 The Senior Staff Association of Nigerian Universities (SSANU) has suspended the Registrar of University of Abuja, Mrs. Rifkatu Hoshen Swanta, and 21 others for alleged
anti-union activities.

In an April 12 letter to the Vice Chancellor, titled: “Suspension of some SSANU members in University of Abuja”, the union asked the institution to stop remitting check off dues from the suspended members.

The letter signed by the Deputy National President of SSANU, Comrade Moses Adeniyi Aogo, reads: “This is to inform you that the National Administrative Council (NAC) of SSANU, at its April 12 meeting, after a thorough consideration of the report of anti-union activities brought against some members in UniAbuja, resolved to place the members on indefinite suspension for anti-union activities.

“This is, therefore, to inform you that all actions taken by these misguided members in an illegal congress of April 4, at the Computer Centre of the mini-campus, are null and void.

“Consequently, SSANU requests that effective from April 2017, the check-off dues of these members be stopped forthwith.

“Furthermore, the university management is requested to kindly ensure that all the illegal actions taken by the suspended members, such as locking of the SSANU secretariat, forging of the union’s letter head paper to open bank accounts, are reversed immediately.

“In the interest of industrial peace, the management should ensure the security of life and property of SSANU members on the campus.

“For the avoidance of doubt, the only leadership of SSANU recognised by the national body in UniAbuja is the Jude Nwabueze-led executive committee. Any other person, or a group of persons parading themselves as excos of SSANU in UniAbuja, are doing so at their own peril.”

The association in UniAbuja has condemned calls by its national body to sack vice chancellors of five federal universities, including that of UniAbuja, Prof. Michael Adikwu.

The national body, in a Wednesday protest, demanded the sack of Prof. Adikwu for alleged corruption.

The UniAbuja chapter demanded the recall of two former members, Jude Nwabueze and Nurudeen Yusuf, erstwhile chairman and secretary, whose appointments were terminated by the university’s Governing Council.

But a statement by the Chairman, Hassan Shallangwa and General Secretary Joel Eya, said the UniAbuja chapter was shocked at attempts by its national leadership to politicise a disciplinary measure undertaken by the university against erring members.

“The protest against the management of the University of Abuja is capable of misinforming and misleading the public. In clear terms, it has painted the university as an arena of jungle justice; this is far from the truth, hence, the need to set the records straight,” the statement said.

The Student Union Government (SUG) of the university urged the Federal Government to intervene and halt academic interruption and undue invasion of campus by SSANU members.

The students, who assembled at the Ministry of Education complex in Abuja, called on the Minister of Education, Adamu Adamu, to prevail on the national SSANU to channel its request to the authorities without obstructing its academic programme.

The SUG President, Ajiboye Okoyekola, said while it was not in support of any party, SSANU’s actions were capable of having a negative impact on the students.

Okoyekola said: “Our outing today should not be tagged as supporting anybody or any group, but the protest led by SSANU on April 12 can affect the school negatively. We, hereby, call on the national leadership of SSANU to tender an unreserved apology to the student community for the undue invasion of the campus.

“We have been enjoying tranquillity in our university in the last three years and we are now ranked ninth based on this.

“We call on security operatives to be at alert so that no unscrupulous element will create unrest in the university community.

“We plead with President Muhammadu Buhari to compel the Minister of Education to look into the action of any groups who feel they can create conflict on campuses in Nigeria, especially University Abuja.”

Acting Director, Human Resources Management in the ministry, Mr. Arthur Onyeachu assured the students the government will act accordingly and interne in the crisis.

“Your agitation is noted and justified. Any action responsible for such movement will be addressed adequately,” he said.