US gym doctor, Larry Nassar is accused of sexually assaulting over 100 girls and women 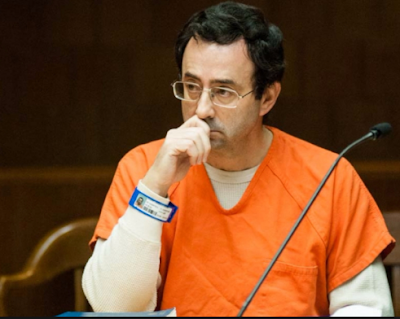 In March 2017, Larry Nassar, a longtime doctor for USA Gymnastics and Michigan State University, was charged with sexually assaulting dozens of girls and women he has treated over the past 20 years. The girls and women in the case, most of them current and former competitive gymnasts, accuse him of using his medical practice to sexually assault them, digitally penetrating them without gloves or lubricant and fondling their breasts and buttocks often while visibly aroused.
Nassar has since been charged in state court with molesting former patients under the guise of pelvic treatments.

He is also charged in federal court with possession of child pornography and has been named in dozens of lawsuits.

He has pleaded not guilty to all charges and says his treatments were medically legitimate.
Tags:
Community Gists Crime Foreign News Health
Health